skip to main | skip to sidebar

From Webster:
1: something fed to domestic animals ; especially : coarse food for cattle, horses, or sheep2: inferior or readily available material used to supply a heavy demand <fodder for tabloids>
— fodder transitive verb
Perhaps the second entry is less applicable (outside of being "fodder" for my blogging), but that pretty much sums up our Father's Day. What started out as a well intentioned family fun ended up as cattle feed, and we all know where cattle feed ends up coming out...you guessed it, Father's Day 2009.
I am at a bit of a loss to describe the behavioral phase we've entered. Call it forceful determination, early on-set defiance, surges of testosterone, a precursor to what our teenage years will look like, you name it. Whatever it is, there isn't a moment of a second of a day that starts with the sentence or thought, "Okay, Mommy." Mostly it goes something like, "I want to do it," "I don't want to," "Screeeeech," "Shriek," "NOOOOOO!" And I find it ever more painful, if not impossible, to use a system of positive rewards when the rewards never get associated with the positive behavior. We're in the land of time outs and privileges being curtailed, which makes everyone around here decidedly grumpy and eager for our favorite time of day, sleep time.
And so with our first break in weeks from this monsoon we've been having, the Dad thought it would be a nice change of pace to check out the local Irish Festival downtown (editors note, this would be the same Irish festival we were forced to bail out of last summer because he was having a meltdown - hypothesis - could it be that Captain Kid hates the Irish???). I had some bad feelings going into the whole experience but we decided to lunch at the local pub, which seemed to be at the center of the whole hubbub. And let's just say that after an hour long (excruciating) sit-down lunch where both the Captain and the Dad barely sat down, the whole debacle ended with someone being forcibly removed from the premises, sobbing like a baby; and no, I'm not talking about some drunk Irishman. Much grumbling ensued and the Kid was brought home and unceremoniously tossed into his room for a 2 hour long "nap," which consisted of shoutouts every 3 minutes or so of, "Did I rest, Daddy?

We have always had behavior problems where the Captain's been concerned, as I am sure you will find documented under tags of "oh behave" and "tantrums." But we seem to have hit a funk and are increasingly unable to break the cycle. I've tried it the Montessori way and I've tried it my way and guess what, neither one works. And with the first report card documenting "Needs Improvement" on every aspect of his social skills, I'm somehow thinking that no one is nominating us for parent of the year. And things aren't getting much better at his new summer daycare (I've already been called out for his behavior), as evidenced by my conversations with the Captain about his daily activities:

MM - Did you make any friends today?

MM - That's great! What are their names?

So sorry to hear that. I know how stressful that can be. Parenting With Love And Logic has got to be one of the best parenting books I've read and I use their method a lot and it works. It's based on putting the responsibility for their behavior back on the them. The first half of the book is the "method" and the second half is examples. It's an easy read as well. Not boring. Good luck!

I'm sure you probably know that it wasn't Robert writing that:-).

Shucks, I was so impressed by Robert's sympathetic tone, versus his normal snarks. ;-)

Montessori is a lot about personal responsibility but it's always refreshing to hear a new voice and the examples sounds useful. I'll check it out, thanks! 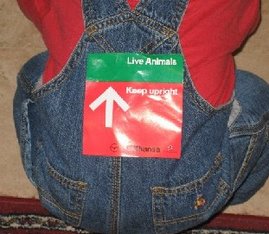 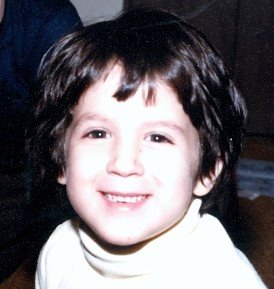 For me, it all started with a cruel and unusual haircut...